I had a flash of insight today while I was working on a couple of projects. Both of them were going, like, okay. I was enjoying the process, I wasn’t totally invested in the perfection of the final garments (one was a bra muslin, one was a workout top [omg doing so well on my 2019 Make Nine!]) and both projects used inexpensive fabric that I still have tons of. Both of them had me thinking, “I should definitely make this again.” 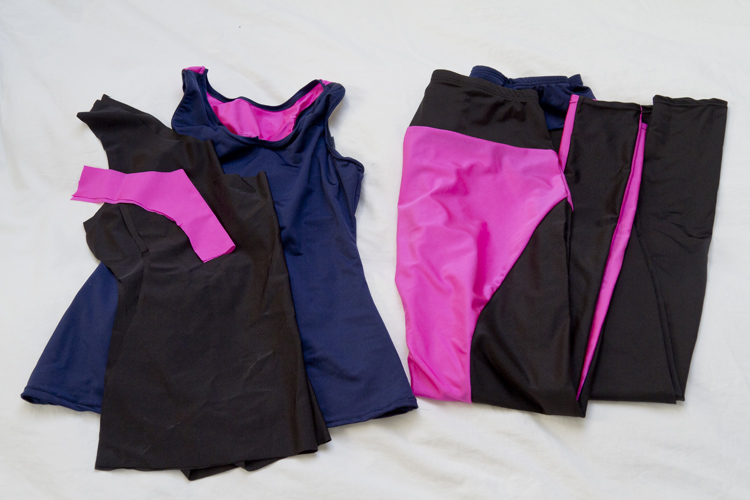 Have you thought that before about a pattern? I read it all the time in pattern reviews. And for me too, when evaluating the success of the pattern, I nearly always make a judgment about whether I’d make the pattern again.

But I rarely do make the pattern again. I make it the first time, I talk about what I would change for the next version, things that would probably improve how the pattern fits me or my style, but then? Well, I checked it off my list and I move on to the next one.

So my biggest reSEWlution for 2019 is to make (nearly) everything a second time.

You may be thinking, “Yeah, duh, Kirstin. It’s called, ‘make a muslin‘ first”. True. I’m not much of a muslin-maker (it means a test version, if you’re unfamiliar with the term!). Usually, I end up making a very wearable garment (maybe even a true favorite!), but still have a list of points at the end of the project of things to improve for the “next time”. And then the next time never comes around, which is such a shame! I’m missing out on a great opportunity to take advantage of my motivation and enthusiasm for that garment, to improve my fitting and sewing skills, and to have, potentially, an even better version of that pattern than the first.

It does mean that I may have to plan my projects a bit more thoughtfully. I’m making an extra commitment to the patterns I want to use, to get them right, and that probably means I’ll need to think carefully about whether a pattern might be one that I’m willing to make a second time. Or at least, if I want to make a pattern twice, I shouldn’t plan on making two similar garments (but using different patterns) in a row, because then I’ll end up with four shirtdresses (although that might not be a bad thing).

I already know that this won’t happen every single time. Complicated items, things that require materials that I don’t have (and don’t want to buy more of), or projects that went terribly wrong and that I feel a lot of grouchiness towards… obviously I won’t force myself to do those again.

Looking back at my resewlutions for 2018, they all still apply! Maybe it speaks to how mastery of a craft is an ongoing project (or maybe that I didn’t actually master any of these skills last year, oops!), but I nodded my head at each point and told myself, “Oh yeah, but I still want that for this year too.” So the secondary resewlutions are (still) as follows:

It took nearly the entire year, but I did finally get that Youtube channel published. I’m really laughing at my crazy ambitions to ever making a Dutch-language vlog though. For real, Kirstin? In the interest of achievable goals, I’ll stick to languages I can actually speak.

What about you, do you set resolutions for the new year? Are they specific or more broad? Are they things you want to firmly change about yourself/your habits, or goals that you set for the year?