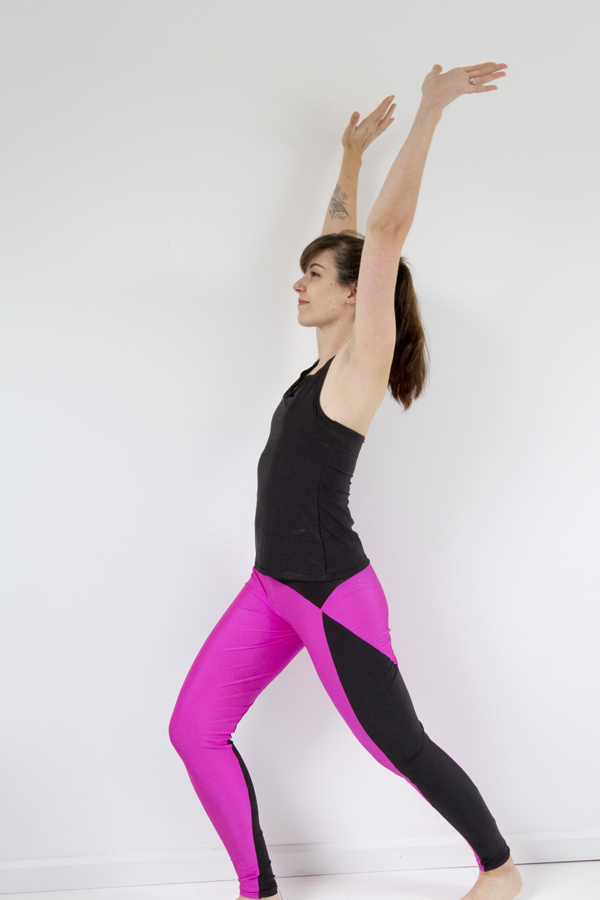 There’s a constant pull with sewing (for me at least) between wanting to sew something very pretty and impractical but oh so fun, vs sewing something that is a necessity in one’s wardrobe and maybe not so fun even though, gosh darnit, it’s super practical. Some of us have probably heard of the Cake vs Frosting analogy, where a “cake” project is considered more practical and wearable and the “frosting” project is the sweet and fun and “you know it’s really not healthy for you to have only frosting, but it’s fine to have every once in a while”.

(One can’t live on cake either, I know, I know. It’s not a perfect analogy.)

So, on the spectrum of Cake to Frosting, these completed garments are… a hearty kale salad. With lentils. And like… I don’t know, a zingy lemon dressing. Okay, too far with this? Anyway.

I mentioned previously that I started running last Autumn. I held off on buying any fancy running clothes (of which I owned approximately zero before suddenly deciding to take up a sport) until I felt like I would stick with it, but the combination of the New Year, my Make Nine plans, and January’s Sew My Style theme (activewear!) kinda meant I just had to try my hand at making my own.

I shopped around a lot for patterns that spoke to me. I wanted a fairly basic top and bottom, something that was meant as activewear (not just a standard leggings or tank top pattern, although there are plenty of good ones out there!), and something that maybe offered some variations. The XYT Top and Steeplechase Leggings from Fehr Trade met the criteria for me. 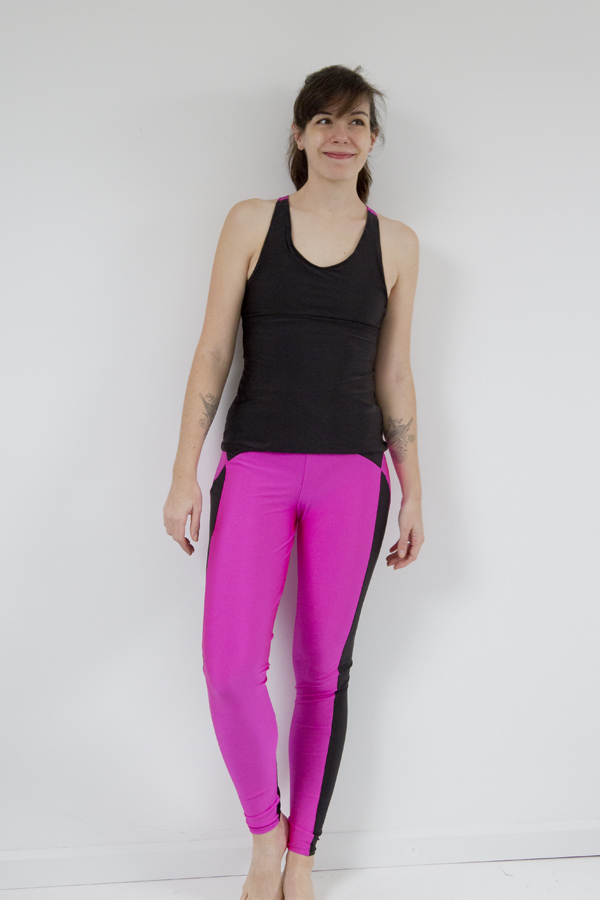 (I also considered buying Melissa Fehr’s book, “Sew Your Own Activewear“, or Johanna Lu’s book, “Sewing Activewear“, but both just seemed way more packed with patterns than what I needed for my first dip into activewear sewing! Both of them look like great resources though.)

And, following along with my sewing resolutions for this year, I made each pattern twice. (I’m already really pleased with this idea!)

I bought moisture wicking Lycra from UK Fabrics (which I found from Melissa’s very extensive list of activewear fabric suppliers on her blog). I bought…. way way way too much. On the one hand it’s great that I have so much leftover, because I certainly can use a couple more sets (especially capri’s and shorts for when the weather warms up), but I was a bit overwhelmed by the quantity! The top calls for less than one meter of fabric, and the leggings call for 1.2 meters of fabric. For some reason, I bought five meters?! I overestimated my enthusiasm, I guess. (If anybody in Belgium wants to do a fabric swap for some of my extra Lycra, feel free to get in touch!) 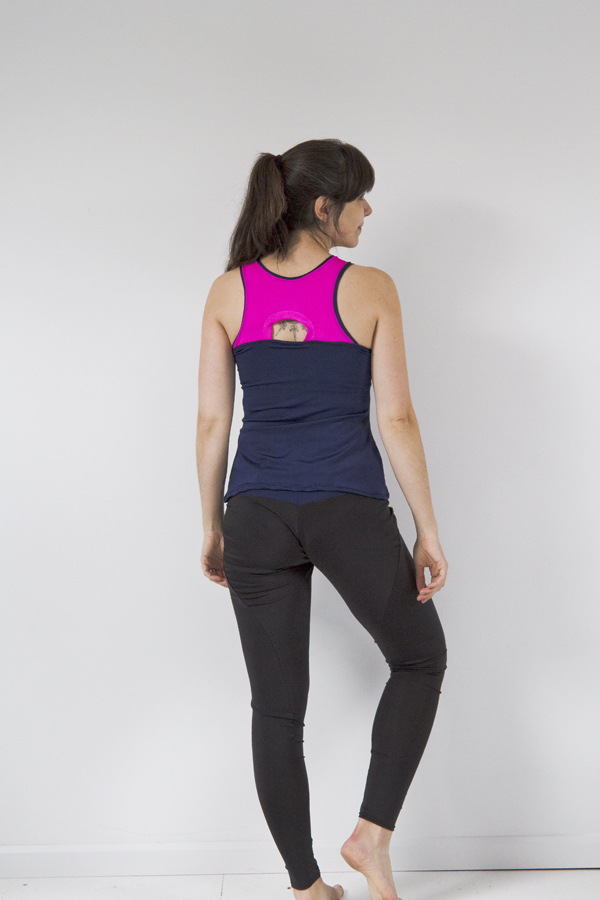 For the first top: 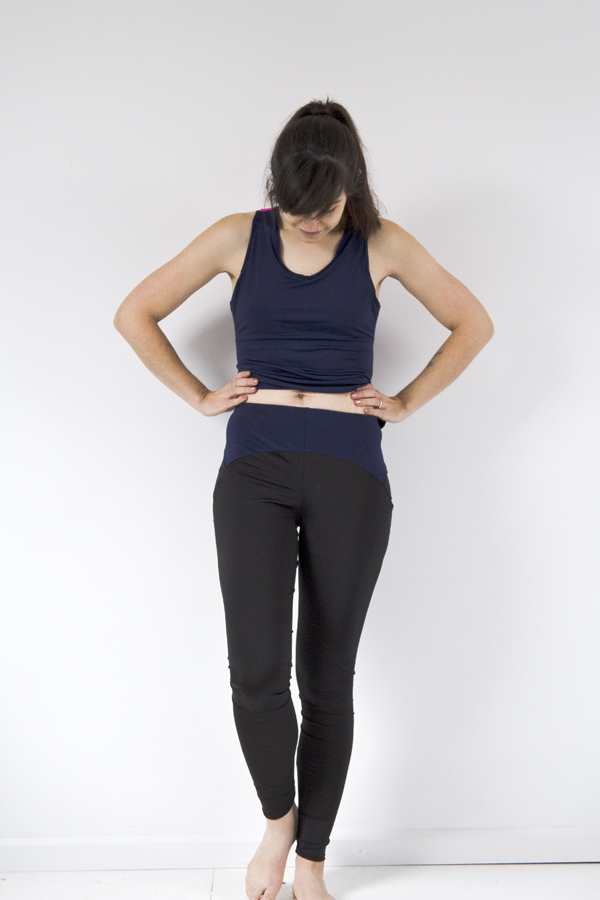 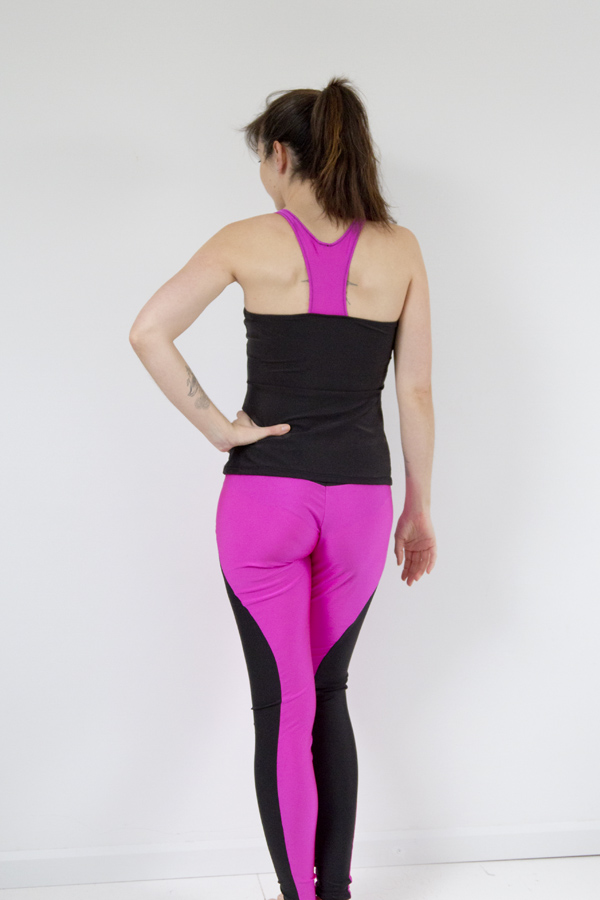 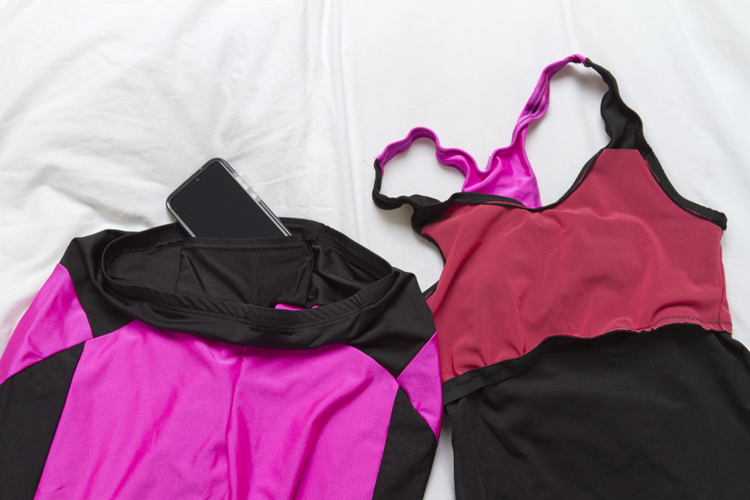 (Here’s a peek at the inner pocket and the built-in bra lining. Most edges are still wavy when not worn, but you can see below that it looks fine when I’m wearing it!) 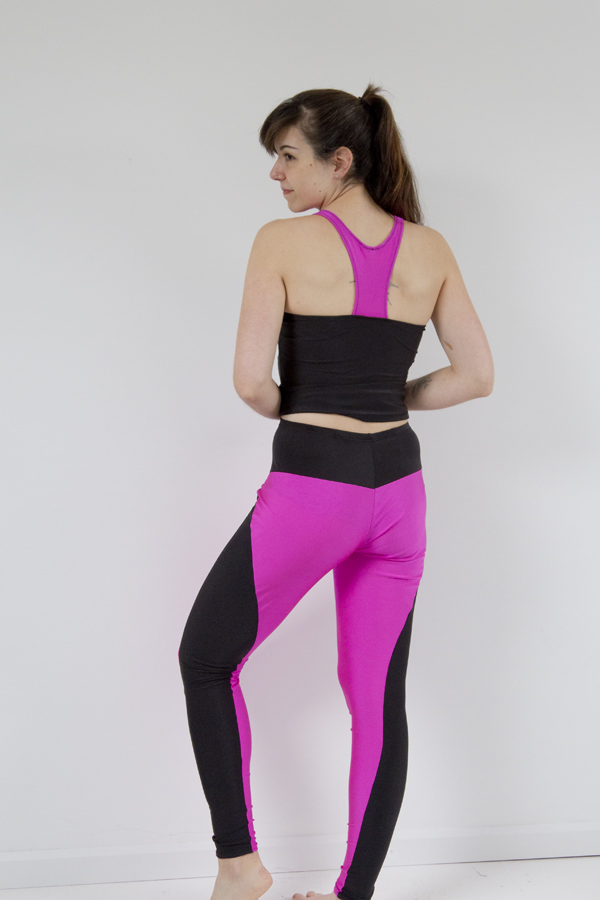 Overall, I’m so pleased with how these sets turned out, and as long as the weather cooperates, they do end up getting a lot of use in real life. Would I sew more activewear? Possibly! I could use warm-weather gear eventually, and I’m tempted to recreate some sort of outer layer since my 13+ year-old college sweatshirt will probably not last much longer getting worn and washed so often. If you have any ideas for activewear jackets or sweatshirts, etc., let me know!